In about 1909, Lindon formed a semi-pro baseball club and joined the Central Utah League. Willard Boulter, owner of the Meat Market, managed the team. Lawrence Walker was elected president and Harton Kirk served as secretary-treasurer. They played their games at the old Lindon Park on State Street.

The players followed the new rule changes which had affected the game across the nation. You could no longer count a man out if you caught the ball after one bounce. Collecting money from the player if we swore was no longer practiced. Nine innings took the place of a score of 21 and ended many long, drawn-out games. The referees started calling strikes and balls and the runner could no longer be hit with the ball to get him out.

At those earlier league games there were some players and supporters who thought alcohol should be allowed in the ballpark. The community took objection to that and banned liquor from the park.

The summer of 1955 was an exciting one for the young boys ages 8-12. Lindon League Baseball was officially organized in the city.

Nearly forty boys showed up to play that first practice game. Every eligible boy was promised an opportunity to play. The only requirements were to have a mitt and a good attitude. Lowell Gillman, Dale Gillman and Willis Larson were the organizers and managers of the team.

Willis Larson said of the first little league team, “We believe in giving all the boys a chance to be top players. When boys are thinking of the games they are going to play, they are not thinking of the things that make for juvenile delinquency. (Source: “Lindon Our Town”) 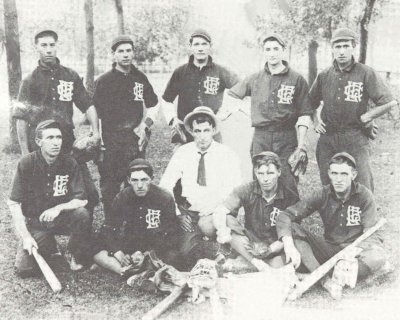 The Lindon Second Ward softball team won the Timpanogos Stake tournament, the regional competition and went on to the “All Church” tournament and won the consolation title in 1963. 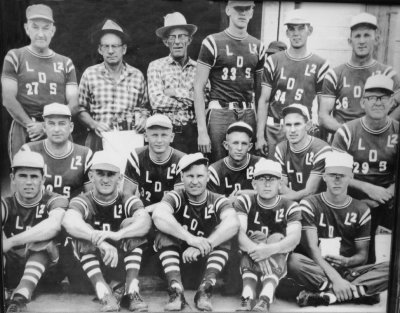 Lindon has had many individuals who have managed the Lindon Baseball program including Jerry Houston and Steve Schade.